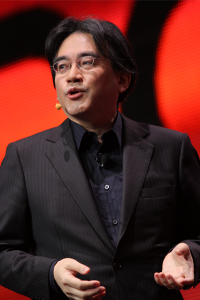 Satoru Iwata, who as chief executive of Nintendo oversaw the introduction of the Nintendo DS and the Wii, died on Saturday July, 11 in Kyoto, Japan at 55 years of age. The cause of death was a bile duct growth, according to an announcement made by the company.

A former video game development legend who worked on many successful titles, Mr. Iwata was appointed president of Nintendo in May 2002 and changed things up when he was made the executive of Nintendo of America in June 2013 as he was the first chief executive to not be member of the Yamauchi family, which founded the company in 1889 as a playing card manufacturer.

During Mr. Iwata’s tenure, Nintendo was trying to fend off fierce competition by rivals Sony and Microsoft. Under his administration, the company surged ahead with the release of the Nintendo DS, a hand-held gaming system, the popular Wii home gaming console, and Amiibo, a line of interactive toys.

Mr. Iwata was no pencil-pusher, he was also a superstar programmer and a creative genius who helped create and influence many successful Nintendo titles including Kirby and Super Smash Brothers. His feats include programming the cult classic RPG known as Earthbound, porting the battle code of Pokemon Stadium to the Nintendo 64, and managing to squeeze the Kanto region into Pokemon Gold and Silver.

Mr. Iwata became a hit with gamers through “Nintendo Directs”, videos in which he would bring the latest news and announcements to Nintendo fans, and “Iwata Asks”. Many stills and quotes from these video series became memes among the fanbase.

During one “Iwata Asks”, Mr. Iwata explained that his drive to expand Nintendo’s game offerings and user base was motivated by more than the lure of making money or beating competitors. While those things mattered, he said, he was also driven by a desire to improve “the position of video games in society.”

“I believe that if we don’t make moves to get people who don’t play games to understand them, then the position of video games in society will never improve,” Mr. Iwata said. “Society’s image of games will remain largely negative, including that stuff about playing games all the time badly damaging you or rotting your brain or whatever. If that happens, then even people who enjoy games will start to feel a strange guilt when they play them.”

Satoru Iwata will definitely be missed and he will not soon be forgotten.